Someone on another site posed this question.

Someone else said, it is "deafer than a deaf thing". That is going a bit far for me, but that is what he finds. I do always run a preamp in front of it, so he has a point. 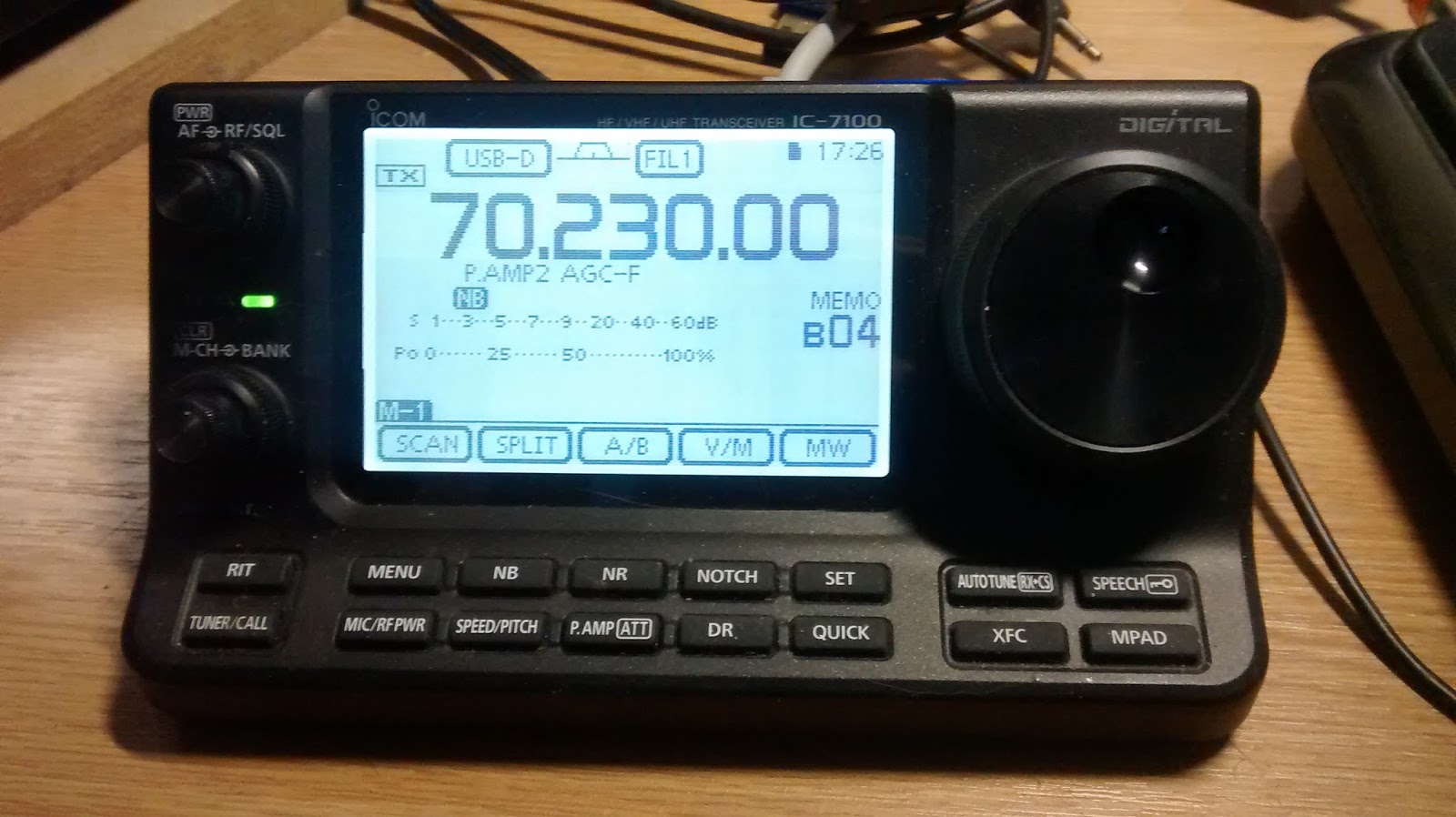 Several people have done the best test possible - they have compared the IC-7100 with other rigs on their bench. That is a vastly better test than just replacing one rig with another and trying to remember what the first one was like. And that produces the impression (as they report) that the IC-7100 is better than a PMR FM rig (and so it should be). Then again, it is on a par with an older design of FM mobile and not quite as good as the latest multi-band mobile rigs. Interesting, but presumably that is on FM, which is hard to compare. You would expect it to be better than a £150 FM mobile and not worse than a £250 multi-band FM mobile, as it does cost over £1000.

Another person has compared the 7100 with a TS480 and a Spectrum transverter (a sensitive transverter that, or so I found with three of them at various times), and a Noble (now there is a good rig, how did he get one?) and he found the IC-7100 is worse than those.

Someone else uses a pre-amp which he says "transforms" the 7100.

Well, here I use the GaAsFET preamp and the pre-amps in the 7100 itself. And I compared that against the Flex 1500/ME4T-Pro transverter and the FT-817 and the same transverter. The transverter was better than the IC-7100 on both rigs, even the transverter with the FT-817. Just to remind you, the FT-817 is basically a 20 year old design of portable without DSP and costs half the price - though it does not cover 4 metres. Whereas the 7100 claims to be state of the art.

Worth thinking about this if 4 metres is all you are looking for --- don't write off transverters just yet. The FT-817 and the ME4TPro transverter, new, are cheaper than the 7100. Hardly comparable and I would not necessarily recommend it, but still if you are looking for a 4m rig ... and the ME4TPro and the Flex 1500 are about the same. You might expect the IC-7100 to outclass those combinations on 4 metres, but in many ways it does not. And the ME4TPro here is giving a full 33 watts on 4m SSB, the 7100 only 20 out of its claimed 50! The Spectrum is cheaper, did not perform as well as the ME4TPro for me, but by recent accounts can show a clean set of heels to the Icom. The Spectrum has other issues (frequency stability, power output and strong signal handling) but is not to be sniffed at by comparison with a far more expensive "all-singing all dancing" rig which has issues.

Of course a single band rig, such as the Noble, or a single band transverter, such as the ME4T or the Spectrum, can be tweaked for maximum performance on that one band. On the other hand, the IC-7100 is a multi-band rig with 4m as an add-on.

But what do I mean by "better"? Frankly, I think it is noise performance rather than sensitivity as such. I find that the transverter is best when I am straining with the cans on to find a weak beacon or something. That stands out from the noise better on the others than on the IC-7100. As an example, I might say that my first ME4T receiver section equal to the Spectrum, but the newer ME4T-Pro has a better low noise mixer and that shows in really weak signal performance.

Simply put, I can hear things on the ME4TPro that I can not hear on the IC-7100. In that way the transverter is "better".

The transverter does most of the work. The rig driving it can be quite simple, like the FT-817, though the added features of the Flex do make life much easier.

Unless you are straining for the last ounce of performance I doubt if the IC-7100 will let you down. But I am. And lets us not forget that I am using a high performance pre-amp as well. What it comes down to (for me) is not that the 7100 is insensitive, it is that it fails to perform well at really low signal levels where signal to noise is key.

Someone said, if I hear a weak signal on the 7100 and turn on the preamp it gets better. Right. I am saying I can hear things on other equipment that I cannot hear on the 7100, preamp or not. At some level a preamp will increase the noise, and if the wanted signal is not capable of being resolved by the rig, you are expecting a lot from a preamp to solve the problem. If the noise performance of the rig is not good enough then all you are doing is raising the level of the noise and the signal which is being swamped by noise inside the rig anyway.

My father always refused a hearing aid. He said that he could hear sounds, it was the clarity which he was lacking. I find that the IC-7100 is lacking the clarity he was talking about.

As I said in an earlier post, the IC-7100 has strengths and weaknesses. I am not changing anything I wrote then. However, I have moved the 7100 to 50MHz and 144MHz use here. I also feel that an FT991 might do that job better too. Whereupon my 7100 could become my multi-band FM rig, and the one I take on caravan trips. What a waste that would be.

It is OK. It could be a lot better.

Email ThisBlogThis!Share to TwitterShare to FacebookShare to Pinterest
Labels: IC-7100