Bands are better at the weekend

It is oft said that the bands are better at the weekend. That just means there are more stations active Friday to Sunday (or Monday for this week's European holiday).

Some good stuff so far this weekend. 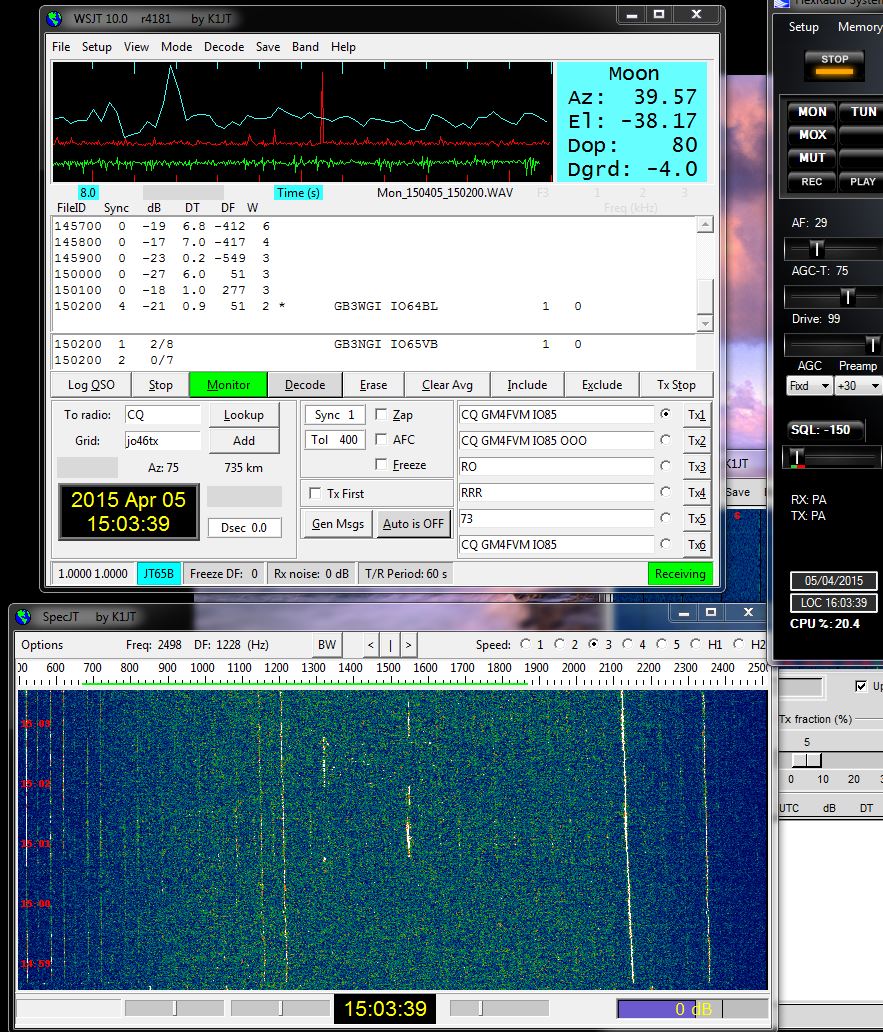 I was doing my beacon search and GB3NGI was there strong as usual, but I FINALLY found GB3WGI.

OK, this is a beacon running 100W into a pair of 6 ele beams and only 396 km away in County Fermanagh, so you wouldn't think it would be that hard to do, even with a 10 ele tiddler at this end.

Nevertheless, I had never heard it before.

Maybe that is because this beacon is specifically designed to be heard on the far side of the Atlantic Ocean, so it is not exactly optimised for Scotland. Basically, for a UK beacon it could not be harder to hear from here.

So, it is done and another one is crossed off the "to do" list. In reality it shows that conditions are pretty good towards GI right now, so there must be some tropo about. I am hoping that tomorrow and Tuesday should be good too, based on the atmospheric pressure chart.

There was an RSGB 4m contest today which I almost forgot about. I was blasting away calling CQ on meteor scatter when I noticed that I was hearing the SSB of a certain station who reckons he is a 4m contester. I was beaming East and he is South of me, but all the same I heard him clearly. I just wish sometimes he would hear me. Or rather I wish he would LISTEN for me, as I reckon that listening is not his best skill. Eventually he might find that trying to work on the meteor scatter frequency used by almost everybody to call CQ will limit his results, even if he cannot hear us all blarging away on 100watts.

Then I went back to calling on meteor scatter and worked OZ1JXY. Henning is a regular, despite the fact that according to the book he is too close to me (734km) and in the middle of the day (12:42) we should not be able to work. But we can. So much for the book.

I have just left the VLA-150 linear in the corner, so I am restricted to 20 watts on 6m for now. It smells so awful I do not want to open it.