It has been a busy couple of days. I have actually had to work. I am not so busy, generally, being a self employed part timer, that work gets in the way of important things like radio. But sometimes work has to be done. Self employment brings many benefits, but you feel you have to work when there is work to do.

I did manage to get out on my walk. 10,000 steps a day is the target and today so far it is 11,799 (yesterday 11671). Who said I was a "target man"? And I managed to see the alpacas. There are four but one was standing a bit far away. They are a long way from the Peruvian Andes, but it was cold enough last night for frost here. There are looking quite wooly now. 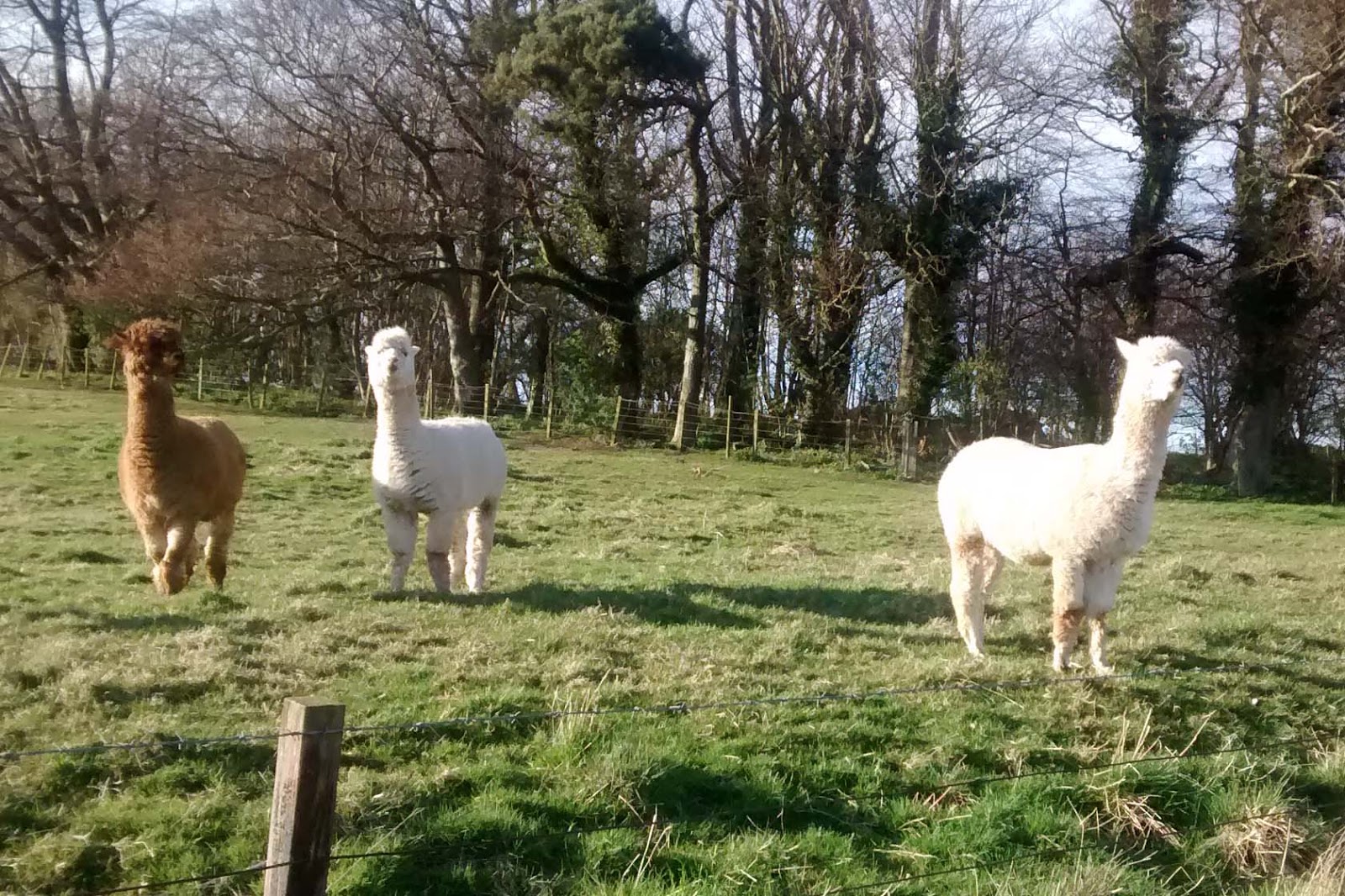 Anyway, the Sporadic E season has started here on 10 metres. It was good to see Gianfranco IU1DZZ on my WSPR waterfall. Mind you, I managed to lose the USB connection to the rig. So I posted Gianfranco's contact as on 12 metres, but it was indeed on 10m. I do not know definitely why this is happening, but I am pretty sure it is because the USB connector is on an outboard USB3 hub. I shall try to connect it more directly to the PC.

There was a general Es opening at fairly good strength from here into Northern Italy on 10m. It lasted from about 13:30 to around 17:00. There was also an opening on 6m along the same path but I heard nothing at all of that. So no 6m Es yet, nor anything on higher frequencies either.

The thing about working from home is that you can build your workplace at the back of the shack. So there I was, five rigs running, an Es opening on WSPR being copied, and muggins here working away whilst listening to the cricket on the computer. Multi-tasking I think it is called.

Later, around 19hrs I heard a very strong meteor scatter QSO on 70MHz. Try as I might I could not resolve either station. It sounded like ISCAT, looked like FSK, but neither mode would decode. I also tried JTMS but I was getting nowhere. Then, as I watched the Flex monitor, I noticed a CW station about 20kHz lower. Bounding down it was GM3WUX in Glasgow on aurora. Three cheers for the Flex panoramic display, where you can see stations you cannot hear.

I can only guess that the stations I could not decode were in the Nordic Activity Contest somewhere in Scandinavia, and the signals were so distorted by the aurora I could not copy them.

Of course I had no idea there was an aurora until I saw GM3WOJ. I could not raise WOJ. His signal faded and turned back into a non-distorted weak tropo tone. I heard GM4VVX quite strongly on aurora but I could not raise him either. I heard a Swedish 2m beacon too but that was it. I had a good chat with Andy GM8OEG and that was the day done.

The original plan, that is yesterday's plan, was for today to be doing antenna work. Then came the extra work, and sadly I could not get out apart from the walk. Still, watching the Es and hearing the aurora was good. However, the antenna work is still not done. The work task is not finished either, so it looks like tomorrow is accounted for too.