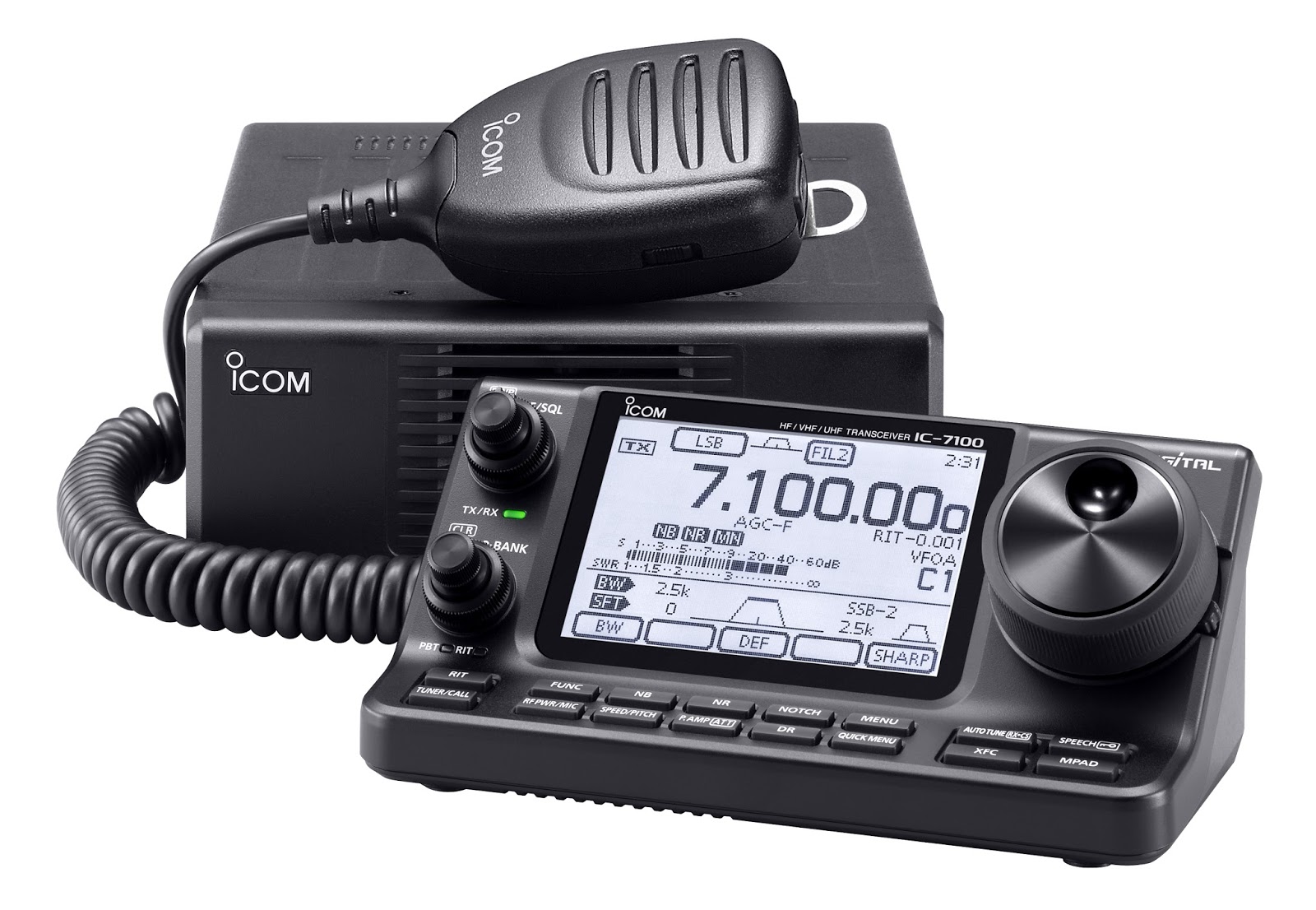 I am asked would I recommend it. Well, yes, if you know what you are letting yourself in for.

The snags I have experienced and my solutions are - low output powers on SSB (needs separate microphone with compressor), "clicking noise" (not a big thing, I am ignoring it), RF getting back into the control cable (use a short screened ethernet cable CAT6 or higher), deep cut on AGC a problem with QRN (electric fence problem in my case, turn AGC off).

OK, there are some problems, which are capable of being fixed. I complained to Icom about the clicking noise and they said they were looking into it and that they would reply with a solution soon. They did not reply. Also, the local dealer said the same thing and never replied. We are on our own with this one, but it is better just ignored.

For SSB and FM I use an Adonis 508 microphone set to low compression. That allows me to get the power up to the stated outputs, more or less. When I tried to raise this issue on the various sites, I got lectures about the difference between peak and mean power on SSB. Look, I know about that. Yes, I do have a peak reading power meter. There is just no way my 7100 can run the stated peak power on SSB using the internal compression and the supplied mic. But with an external amplified mic and the internal compression turned off I can get good results. And I DO  KNOW ABOUT THE DIFFERENCE BETWEEN PEAK AND AVERAGE POWER.

EDIT - there is a mod for this which I have not tried, but I know some people who have. There are in fact two mods here, however I believe that only one of them should be done (the soft one looks best to me) - see here http://gm4fvm.blogspot.co.uk/2016/02/ic-7100-low-ssb-output-surgical-solution.html

On data modes it is a triumph. It runs full stated power for ages and does not complain - like a meteor scatter contact with Italy lasting 3 hours! I have used it on FSK441, WSPR, JT65, JT9 PSK, JT6 ... all fine. No problem there at all, which makes the SSB performance a bit disappointing. But I fitted an external mic and I am in business on SSB too.

I don't use DStar so I cannot comment on that. Receiver wise it is OK, but I mostly use 12m and 10m on HF. I would guess it is OK on 80m and top band, but at this price it might not be brilliant in adverse conditions. I bought an LDG IT-100 ATU which is great but I have not used it much. My IC-7100 runs fine on 2m and 70cms.

So, I am happy enough and I would not want to put anyone off. But it should be better on SSB transmit. If the touch screen works first time it seems to be fine, in the shack anyway. Not sure how it would work portable or mobile where it would get strong light hitting it. The control unit stays steady if you extend the stabilising feet behind it.

OK, I am peeved to buy a whizzo rig with an internal DSP compressor, and then turn the internal system off and have to use a 1970s technology outboard mic. But after 18 months I have got over that one. It is OK. I wouldn't put anyone off. And for Europeans (or Africans or Asians in some places!) looking for a 4m/ 70MHz rig, it is a reasonable choice.

Finally, a recent firmware upgrade to the DSP and audio might have had the effect of helping the AGC dip issue. It seems better, but it has not gone away. I would suggest that you live somewhere away from electric fences.

Email ThisBlogThis!Share to TwitterShare to FacebookShare to Pinterest
Labels: IC-7100