Es do not seem to have been as good as they normally are at this time of year. I have been scratching around for QSOs, maybe making one or two per day. Usually we would have had a big Es cloud arriving over Denmark by now, with glorious openings into the Baltic.

It finally happened yesterday. There was an aurora warning for that day. As I often find, an increase in solar (i.e. geomagnetic) activity short of an aurora often really enhances Es. And that is what happened. So much for the jet streams and the weather then.

For evidence look no further than this:- 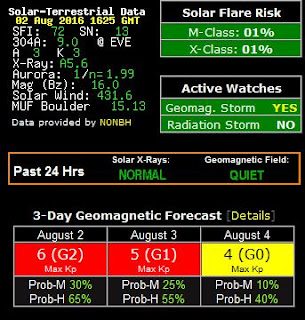 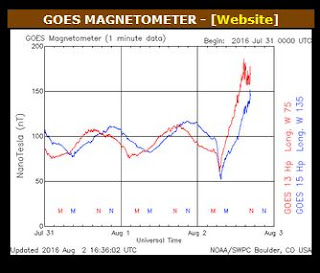 I worked Germany, Slovenia, and Hungary on 6m. On 4m I worked Poland, Hungary, Germany and another place.

In truth I could have worked a lot more. On the one hand I had to go out, and on the other hand 4m clogged up with spectacular OIRT broadcast stations. 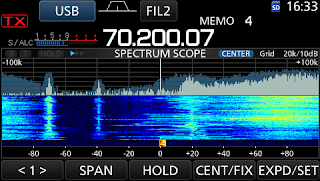 Copying anything through that would be difficult, though I did manage to work SP2HHX and HA6ZB. The trick is to work stations before, after, and in the lulls. Jurek, SP9HWY was a nice contact in the lulls: he is a regular contact here with a splendid signal.

Another nice one on 4m was Bernie, DI2MN. There are only two German stations on 4m at the moment, both with "Experimental Service" licences. DI2MN has only one tx frequency, 69.950, so you need to work split to reach him (or them, as I understand that several amateurs are co-licencees of some of those stations). It is a bit of a struggle, but worth it. JN58 is not far away (1267km) and I have worked DI2MN before but very welcome all the same. Wonderful signal. It is a new country for this year - I try to keep a yearly list as well as an all-time one.


These German 4m licences are issued in the "Experimental Service" not the Amateur Service (as defined by the ITU). This creates an odd situation for UK licencees in working a station outside the amateur service, which is not allowed. The issue for us under Para 9(7) of our licences is whether they are radio amateurs. One could not, for example, work a radio amateur using an Aeronautical Service licence apart from during an emergency. However, this case looks OK to me, as these stations are licenced to radio amateurs to work other radio amateurs. It is a bit of a grey area though. 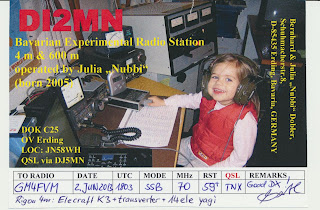 If that sounds like a storm in a teacup, then I was called by someone else. I had real doubts about this one. I worked him, and then went and looked up whatever I could find. He was working from a country that does not have 4m licences at present. Or so I believe. I cannot know the licensing situation in all jurisdictions. It was not a new country or square for me as they had licences before but the permission was time-limited and has lapsed. From what I read, it looks like this guy was not licensed to transmit on that frequency now. How do I know whether what I read is accurate?

This is completely different from the German situation. The German stations are legal, just my licence is unclear about things at my end. In this second case it looks to me now as if I worked a pirate. I did not know at the time. I still don't really know. Has he got a personal licence?

I do. We should only work genuine amateur stations on the correct frequencies or chaos will result. Contests and awards would degenerate into farce. We would lose our privileges (quite rightly).

Moving on, this time of year usually has me moving on in another sense: meteor scatter. I had a nice contact this morning on 4m with OZ2OE. I have calling CQ with no effect for hours over the past week, so I actually missed the first few minutes of Ole's reply. Every cycle he was transmitting I heard him. What a wonderful proof that MS works well over those sorts of distances on 4m. OZ2OE is in JO45 at 743km. Unfortunately I had no other takers for my CQs, but hopefully that will come soon.

As I write the 4m band is again full of broadcast stations. Yet, oddly, 10m and 6m are dead here. 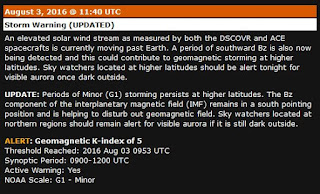 Or perhaps not worry at all...