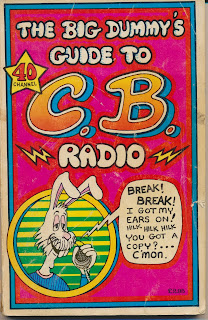 I have been a trainer and assessor under the UK licensing system for some years, and a holder of a licence for 40 years or so. It is difficult for me to understand what it must be like to be a new entrant to our hobby.

I have had discussions with many people about this, from those wishing to become licensed to those who have held licences for longer than me. There are a lot of opinions about what is wrong with it, and almost no common aspects to all the views about what to do.

From what I can see, decisions tend to be taken about these things during panics or when the licensing authorities are putting pressure to sort something or other out. There is not a lot of logical thinking. Instead of planning in advance, things tend to get left until it is too late to sort them out. I think we should have a plan now, discuss it with the authorities and be ready for when we next need to visit this thorny topic.

I do not really have a problem with the three exam and three stage system - in theory. It is supposed to encourage people to learn about radio as they progress, and some of them do, while some do not progress beyond whatever level they are now. It is hardly surprising that many stop at Foundation level, as they are new entrants and may find amateur radio is not to their liking. But quite a few get to Intermediate and stop there, so they have been in the hobby and taken a second exam, but choose to go no further.

Recently I heard from a former work colleague of mine who has just become a radio amateur with a Foundation licence. I am really impressed with his enthusiasm. He does not have a radio technical background, he has just taken up a new hobby. I knew him 20 years ago as a respected colleague, and I would never have expected him to take up an interest in radio. So, good for him. He tells me that he wants to learn and progress through the exam stages as he learns more about the hobby. I do wish him well and I am very pleased that he has joined us.

So this brings me to wonder just how the current system encourages him. And I reckon it doesn't.

The basic difference between the levels in UK licensing is a series of power restrictions. So a new entrant to the hobby gets almost full access to the amateur spectrum, but is limited to unmodified commercial equipment and 10 watts (PEP at the antenna). Intermediate gives 50 watts and broadly the same bands, but they are also entitled to build and modify their own equipment. Full licence gives 400 watts and a few odd slices of bands, plus the ability to operate abroad under CEPT agreements, maritime mobile, etc.

We can think about the Foundation as being equivalent to a start-up amateur getting at least slightly better terms than someone starting out in CB radio. That was how it was put to me by an RSGB President. He said that Foundation entry was to make amateur radio as accessible as CB. The power level of 10 watts and the requirement for commercial equipment was a trade off to allow the licensing authorities to permit those with just a basic set of skills onto the bands (but from the RSGB's point of view, still be in a better position than going into CB).

I can see that argument. But those going into CB only get very limited VHF and 11 metres. So why do Foundation amateurs get almost every band? That RSGB President replied that to attract new entrants to amateur radio you need "the lure of 20m and worldwide DX".

At this stage it might be worth noting that that particular RSGB President (and this was a few years ago) was a DX-obsessed nutcase, and not all of us a quite so stirred by the idea that 20 metres is the biggest draw for the new entrant to the scene. Just for example, I haven't used 20m much for decades. In fact, I never have. In my day it took me 2 years before I was actually licensed to use it, and yes it was an issue, but not the only one for me. He seemed to be talking about a licensing system to attract people just like himself, whereas I am thinking about a wide range of people, technicians, earth scientists, Moon-bouncers, rag-chewers, data-nuts, UHF gurus, repeater junkies, antenna jugglers ...

Now here is the gaping hole in the system for me. Yes, I agree with him that for many the lure of world wide DX is useful. But do you need to get it all (in frequency terms) at Foundation level? From what I can see of progressive licensing levels in other countries (e.g. USA, Australia), those starting off at a "Foundation" or "Technician" level may get similar (or more!) power, but they are restricted in the bands they can use. Yep, sure the lure of worldwide DX on 20m is there for them, but not until they have progressed a bit further. And I think we should do the same in the UK.

I cannot believe that my friend would not have joined the hobby if he was offered 10 watts, all UHF and VHF bands, 10 metres (so far better than CB), and then maybe WARC bands, 80 metres and/ or Top Band. And with some of those higher bands, maybe I would offer even more power than 10W if the licensing authorities would allow it in certain bands. But the elusive HF "DX" bands would have to wait until they had progressed a bit further, and that would be a big encouragement to progress further.

I could have had a ball on those bands with a Foundation licence, and I would have had far more incentive to progress than the present system provides. Also, I think it would have wide appeal to those others not totally besotted with 20 metres as well as those poor souls who are. Enough to get you hooked, but not so much that you don't progress.

Then for Intermediate I would offer the same bands as Foundation, but add 40m, 15m, and more power (at least 50 watts). And now you would see the lure of worldwide DX becoming a spur to progressing even further. And I might offer Intermediate licences 100W on VHF and UHF, making this more like a technician level and something which is just fine for those who love the higher frequencies (and in doing so, maybe they will stop there if they choose).

Finally for the full licence I would leave things as they are. This would mean that Intermediate licensees would be bringing activity to 15m and 40m while they study for the Advanced exam, and at the same time realising that that lure of worldwide DX and full power is just around the corner. 15m and 40m would be a great apprenticeship for progressing 20m (just as much as 10m and Top Band would have been a great apprenticeship for them earlier in their career).

As to the exams, I would leave them much the same as they are. From my point of view, the leap from Intermediate to Advanced exam looks very daunting for anyone who does not have a background in the electronics industry - like myself and my friend. So I would tweak the exams to be more like the reality of the current situation. It now matters less that someone might not be able to open their rig and fix it, as very few of us do that any more. But there are lots of areas in which amateurs still make advances and are still experimenting --- but these areas are poorly covered in the exam. Areas like antennas and propagation.

Why should it be that an amateur needs to know how to build a rig (which almost nobody does) when they don't need to know about how to build an antenna or understand Sporadic E, which most of them have to deal with in ignorance of the basic principles.

But the major flaw in the current UK rules is a really glaring error in my view. At present the distinction between the grades is set in power terms, which is unenforceable. If you heard a Foundation licensee under my plan on 20m you would know they are cheating, whereas under the present system if you hear a M6 using 400 watts you would be none the wiser. We should not have set up a system which is impossible to enforce.

The Intermediate exam of today still requires candidates to understand a block diagram from a 1960s valve era superhet rig. With SDR rigs becoming more and more common, how can we persist with this? How can we pretend that knowledge of building a rig is necessary when many existing amateurs (including myself) cannot do it? Yet I can do useful research into other aspects of the hobby, and I am not alone.

So my plea for the future is this ... please bring in an enforceable system which offers the big prize at the end of your study rather than the start, and please make it obvious when someone is cheating.

By the way, the CB book in the picture has been loaned to me by Doug, GM6ZFI. It dates from 1977. It probably gives as much information about radio theory as most amateurs need, but rather a lot more about propagation and antennas than they seem to know at present.