Did I miss an aurora?

I have been in Blankenberge which, as is well known, is in Belgium. It is customary in this blog to show the means of transport I used at the end of my trip (how did that come about?). Anyway here is a tram at De Panne, which was as far as we got before heading back to Blankenberge...
We did use trains which were more comfortable and rather faster to reach Belgium in the first instance.

The journey back from De Panne was, at 115 minutes, the longest time I have ever travelled in one tram. We broke the journey on the way out, but as we were tired on the return we decided to do the whole thing in one trip. Result - seriously numb bums. Almost as bad as the plastic seats on Euskotren from Bilbao to Irun via Donostia.

Anyway, it was clear to me that all my recent talk of the "end of season wind-down", and me decamping to Belgium, doesn't stop auroras happening. If I learned anything in statistics class (did I learn anything in statistics class?) it was that anything with a distinct probability, however small the probability, will happen sometime if you wait long enough. Like motorcycle accidents and unexpected pregnancies, if the basic requirements keep being met, then eventually even an unlikely outcome will occur, given enough time. So we shouldn't be surprised, and that also explains the scars on my leg, my broken upper jaw, and other things like me being here in the first place.

I have gone on about this before. The "Carrington Event", the most violent solar storm seen and recorded (so far), occurred in 1859. When I was at school we were told it was a "once in a hundred years" event, so we have better expect it soon. Now we are told that it was a "once in 400 years" event. We shall see. "Once in a hundred years" floods seem fairly common these days.

The aurora on 8 September was a good one. Not in the Carrington Event category, as one of those would threaten power systems and satellite communications, but good all the same. As we have not had a good aurora for some time, and as I missed it (boooh-hoooh), I am lucky to be able to draw on the reports of others to describe what it was like. Mike, GM3PPE is about 30km South West of me in IO85, David GM4JJJ is about 90km North-West of me in IO86, and both gave me accounts of the event. Thank you to both of them for allowing me to quote from their reports.

The basic plan for aurora is to be on alert for anything untoward happening. Mike was able to send me this email on 6 September which was very accurate in predicting the events of the 8th.
======================================
"I was on 15 meters this morning working stations on FT8 when suddenly at 0910Z all signals disappeared.  The same on the other HF bands.  I thought my rig had broken, or the antenna fallen down!  Then 30 minutes later all signals back.  A massive event on the sun.  Middle of the day another total radio blackout.  Apparently the biggest solar X class solar flare for several years.  It looks like there was an accompanying CME in our direction, which augurs well for a big Au event over the next 24 to 36 hours."

After the aurora Mike sent this report "6 meters started buzzing at lunchtime and closed to Au contacts mid evening. Kp went up to 7 and the geomagnetic records went purple.  I have never seen that happen with previous events.

SSB can be useful during auroras, even if the distortion makes it difficult to use voice. There is a large band of amateurs who never use CW, and during an aurora they can only be reached on phone. If I need the square I can use almost any mode I need to, however difficult that might be.

Mike sent me a link to the British Geological Survey site:-

This certainly shows the 8 August event in context (and shows the purple bar graph which was a new one on me too) ...
Click to enlarge if necessary (as always).

Note too that geomagnetic activity had another smaller peak later in the week and there may be some more action to come. The fact that you often see possible warnings of auroral events when nothing actually appears is part of the joy and the frustration of the hobby. This time who knows? 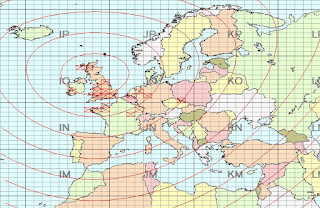 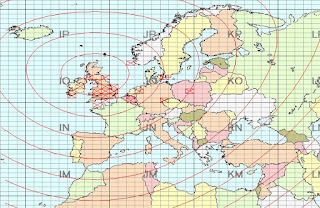 OH SLICE meteor Radar showing the solar flare attenuation at 36.9 MHz on the day before Aurora at around Noon.

It takes a fair amount of determination to work stations on 2m during an aurora. The Doppler shift is greater as the frequency increases. This makes life harder.

I am sorry I missed it. I used to work in Belgium and I always enjoy practising my rusty Vlaams (and indeed Dutch and French, if I can admit to that too).


Thanks for all the information and let us see if there is another aurora round the corner.