News of progress on this long-lived project. 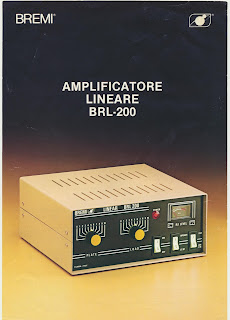 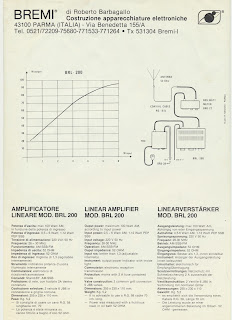 A few years ago I bought a second hand (i.e. "used") Bremi linear. These valve linears were sold in the 1980s for use with SSB Citizen's Band radios. They use two 6JB6 valves. Theoretically they could produce about 200 watts peak of SSB on the "11 metre band". Or so the legend goes.

The initial plan was to convert it to 70 MHz operation. This hit a snag when the valves would not oscillate in a stable manner at that frequency. However, they would work happily at 50 MHz, so it became a 6 metre linear. This was an early sign that the valves in the linear when I bought it were shot. A sign I managed to miss.

Although it seemed to work happily with the FT-817, producing about 20 watts for 2 watts input, it was clearly getting pretty hot. Even though several people who have used these linears on 4m and 6m have commented that they fitted a fan, I just continued without one. After all, I was only running 20 watts, not 200. Oh, I can be so reckless.

Eventually it became harder and harder to get it to tune and I noticed that the HT choke, positioned between the two valves, was sagging. Closer examination noted heavy deposits on the inside of the valves and they seemed to have run very hot as the choke was scorched. Then I touched one of the valve caps and the valve shattered.

So the Bremi was sidelined for further work. 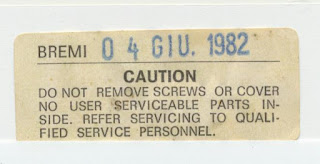 With some difficulty I located a new 6JB6 valve. "New" of course means unused for valves, as they are all pretty old now. Then I came across a section of circuit board on sale on eBay from the Netherlands, with two valves, an HT choke, plus a relay and some capacitors. I bought that too. 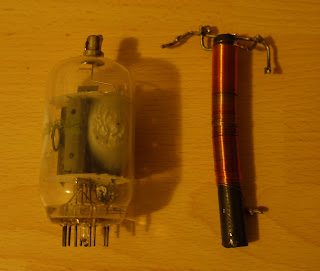 Here we can see one of the heavily scorched valves and the bent and scorched HT choke. The thing about the choke is that the sag in the former has allowed the wires to distort and overlap, making the tuning of the linear increasingly difficult to set.


With the help of John, G1VVU, the various items we needed were recovered from the donor board and installed in the Bremi. There are still a few goodies on the board should I ever need them.

John drilled some holes in the top panel for extra ventilation. I had intended to use a 80mm ex-computer fan, but it looked as if 70cm fans would be better. I ordered two 70mm fans, only to find that they caused a lot of electrical noise on 50MHz. They fit very neatly, but they are no use if they create interference, so for now I have gone back to an 80mm fan. 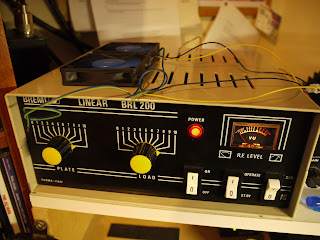 This photo shows the Bremi back in the shack. At the time I was trying the 70mm fans. I had organised the screws and nuts to fix them to the case, but just in time decided to try them first. Now I have just got a single 80mm fan sitting on top of the case and I may not fix it down at all. It seems to work. I can run it on the heater supply from the linear, but at present it is running on 6 volts, as do all my other fans.

The issue which arises here is - "is it better to suck or blow" on linear valves? In this case the air is being pulled over the valves from below, and blown out of the top. That seems to aid the general flow as hot air rises. However, I have seen several articles saying that you are better blowing cold air onto valves from above. I just don't know.

It has the two valves from the eBay board fitted. I still have the "new" one too.

I have now added four 10mm feet. The linear used to sit on tiny rubber bumps, close to the shelf it sat on. I felt that it needed better air flow, so it is now raised enough to let cooler air flow in from below.

When it came to trying it, the FT817 at 2 watts produces 20 watts out of the linear. It now runs cool like that all day, on WSPR, 2 minutes tx and 8 minutes rx. On JT6M I can get about 30 watts out of it fairly easily. I tried driving it with the FT-450. For 12 watts input it produces 120 watts output.I could probably get more out of it, if I want to try 6 metre meteor scatter.

So at last I have a fairly competent 6 metre linear.

Email ThisBlogThis!Share to TwitterShare to FacebookShare to Pinterest
Labels: Projects